Independence Day & Its Lessons in Achievement: 6 Principles of Success

Our country widely celebrates the achievement of its independence. It's easy to find significant lessons for entrepreneurs by examining the events leading to our revolution. And applying these lessons to your business can help you achieve success.

This article is a great refresher on the events that led up to the founding of the United States and highlights the successful principles mastered and implemented by our Founding Fathers.

The Six Principles of Success

On July 4th, 1776, Thomas Jefferson stood before the newly formed assembly and fearlessly read the most momentous decision ever placed on paper:

When in the course of human events, it becomes necessary for one people to dissolve the political bands which have connected them with one another, and to assume among the powers of the earth the separate and equal station to which the laws of nature God entitled them...

If you analyze the events which led to the Declaration of Independence, then you will see there are six principles that must be used by every individual and organization to succeed. These principles are the power that gave this nation its freedom.

Note also (with great personal benefit) that these principles and their power are available to everyone. And yet I find many people don't take full advantage of them. How many do you faithfully practice?

To long or hope for; to express a wish for something.

A promptness and firmness in deciding.

A firm belief in something for which there is no proof.

The quality of remaining unchanged or fixed in a specified character, condition, or position.

A coordination of effort and knowledge in a spirit of harmony, between two or more people for the attainment of a definite purpose.

The formation of a definite practical plan or plans through which desire can be turned into reality.

The application of these courageous principles is all around you. Samuel Adams, Richard Henry Lee, and John Hancock began to use their power in a Master Mind Group. It led to organizing the Committee of Correspondence. They put the hearts, minds, souls, and bodies of the members together in one definite decision. Notably, it was to settle their difficulty with the British once and for all.

The committee arranged for a meeting of the First Continental Congress in September of 1774. This was a Master Mind Group of 56 courageous men. They were immune to fear, blind to the possibility of failure, and willing to stake their entire existence on the attainment of their goal.

These 56 men desired freedom more than anything else. Therefore, they made a definite decision to draw up and sign a Declaration of Independence. This is the greatest decision of all time, at least as far as any American is concerned.

What is it that YOU desire more than anything else?  This will be the most important decision you ever make!

This desire and decision ensured the success of Washington's armies because the spirit of the decision was in the heart of every soldier who fought with him. It is this spirit that leads to internal power and this internal power recognizes no such thing as failure. It was the feelings and emotions behind the desire for freedom, mixed with faith, which gave birth to our nation and changed the face of history.

Don't have any doubts as to your ability to accomplish what you want!

In the history of our country, this great lesson in personal achievement is plainly taught.  Freedom was ensured for us through the forces of desire, decision, faith, persistence, master mind group, and organized planning.

These same forces can be used by every person who surmounts the difficulties of life and forces life to pay whatever price is asked.

Believe, expect, plan, and demand what you desire.

Whether it be financial independence, business growth, or more time for yourself, it will be within your reach. You just need to desire what you want in the same spirit that Samuel Adams desired freedom for the colonies. Simple... but not simplistic. What could YOU accomplish if you had the courage to be immune to fear and blind to the possibility of failure?  Think about that...

So there you have it, the road map to the success that you want!  Remember though, this is an all-or-nothing proposition!  It's not "I'll do it when I feel like it or when I remember." Make these principles a part of who you are and success is sure to follow. 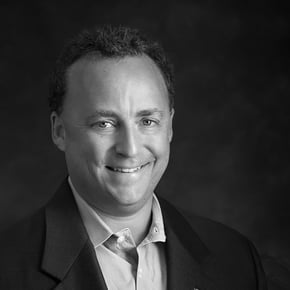 The day started out just like every other but ended in turmoil. Recently, a pseudo-Armageddon struck the emotional core of our ...
Start Reading