The 3 Most Annoying Marketing & Sales Tactics (& How to Humanize Them)

A while back, we conducted a very scientific study (read: a LinkedIn poll) to see what sales or marketing tactics our followers found the most annoying.

There are many bad marketing tactics out there, but we gave our followers a few choices to get them started: email marketing, LinkedIn messages, or cold phone calls.

Unsurprisingly, cold phone calls were the most hated sales tactic, raking in 61.54% of the vote. LinkedIn messages (19.23%) and email marketing (11.54%) were still among the worst offenders, but clearly being able to ignore and delete a message is preferable to suddenly being on a sales call. The remaining 7.69% of respondents selected "other," but didn't leave any details — although there are plenty of offending tactics from which to choose.

All three tactics are important parts of sales and marketing, but they're often misused and overused, which biases your target audience strongly against them. Even marketers and salespeople get cold-called/emailed/messaged, and we don't like it either — but we're in an interesting position to learn from and improve upon them.

Without further ado, let's take a look at the three most annoying tactics, why they're usually misused, and how you can make them more human.

As far as unsolicited calls go, the only thing worse than getting a phone call from a scammer robot (informing you that your car warranty is up, of course) is being greeted by an actual real-live human being who’s determined to sell you something.

People have learned to dread cold calls because they've had bad experiences. It can be very difficult to end a cold call, even after expressing your disinterest several times (especially if you're too polite or sympathetic to hang up or yell at them). Sometimes, they're even selling something your company might be interested in, but you're just the wrong person to talk to.

They don't call the right people.

I spent several years while in high school and college working for a major retailer, and one of my job requirements was selling the store credit card to customers as they checked out. And despite dreading the task (I'm a writer, not a salesperson), I was actually one of the top sellers at the store. But it only worked when I asked the right people, and after a while, I was able to judge fairly well who would be interested and who would bite my head off for even asking. I had some managers, however, who insisted I ask every single customer and not drop the subject until they had responded "no" three times.

But that's not a good customer experience, and that's where many companies go wrong with cold calls. They reach out to the wrong people and they don't take "I'm not interested" for an answer.

When we have our sales development representatives (SDRs) make cold calls for clients, they're usually contributing to an account-based marketing (ABM) campaign — so the calls aren't quite so "cold."

In ABM campaigns, we carefully identify a list of target accounts and serve more personalized marketing to the appropriate contacts at those companies. Prior to being called, those contacts have already received emails from the SDRs and have already been served ads. Since they're carefully selected, they also likely have an interest in the product or service and are an appropriate person to contact at the company.

LinkedIn messages come in various forms. One type of (paid) LinkedIn messaging, called InMail, allows sales professionals and recruiters to send messages to people they aren't 1st-degree connections with. Like cold calls or cold emails, these are cold messages.

Other salespeople will try to connect with you first so they can use LinkedIn's free private messaging feature. I don’t know about you, but I don't usually accept invites from people I don't know or who aren't in my network, because I'm afraid they're immediately going to send me a message and trying to sell me something. If they include their sales message in the invite, I always decline it, and I'm certainly not the only one to take this approach.

LinkedIn is typically used for networking with other professionals, and networking is about selling your abilities or your company's abilities, but in a more organic way. But some people approach writing LinkedIn messages exactly as they would approach writing a (bad) sales email. They focus on their product/service's features, they use sales-y language, and they try to book a meeting.

Looking through my LinkedIn messages, the last sales pitch I received said this:

We’d like to buy your traffic to our owned & operated offers.

We specialize in verticals such as Survey/Promo, Financial, Mortgage, Home Improvement & Sweeps.

Let me know what day works to discuss further.

People go on LinkedIn not to be sold to, but to promote what they do. Your message really needs to focus on why you're reaching out to them and how the connection would help them do their job better or grow their company. You can try to book a meeting with them, but you can also just try to start a conversation and actually connect with them over common goals.

Is their company doing great things and that's why you want them to hire or buy from you? Say it. Could your product or service help them in a certain way? Be specific. Want to set up a meeting with them, but still open to just talking over LinkedIn? Ask them a question and see if they respond. People may be more willing to casually chat back and forth over messages than they would be to switch platforms and set up a phone or video call.

As with cold calls, we also use LinkedIn messaging for our ABM campaigns. That means we've carefully selected the companies we're reaching out to and we're marketing to them across various channels at once, so our client already has some name recognition. That message above from the redacted sender? I've never even heard of their company before and would have likely paid more attention if I had. 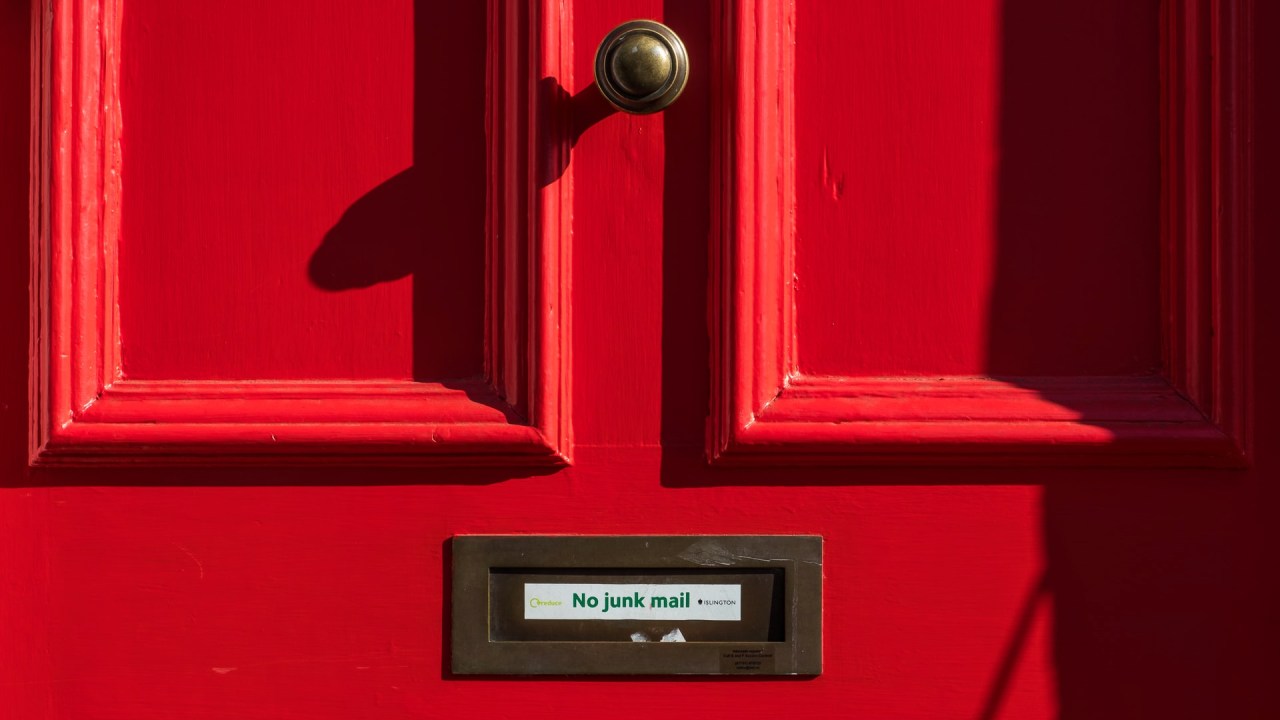 I sometimes open cold sales emails, just to see if anyone has an interesting approach — but that's because I'm a marketer. Most people delete them sight unseen unless they have a particularly eye-catching subject line.

Just like with LinkedIn messages, sales emails often focus on the product/service's features and not on how they can benefit the prospect. Some sales emails are so long that they dissuade people from reading them, and many fail to offer any sort of engaging resource, content offer, or free webinar to capture their audience's interest. Email also has the disadvantage of being less humanized than LinkedIn.

In the case of both marketing emails and sales emails, sometimes there are just too many of them. Not too long ago, I and a few other members of the SIX team got stuck in a never-ending sales sequence. I must have gotten at least a dozen emails from this one person, and while I read the first few (and still wasn’t clear on what their company did), I just deleted the rest without opening. When I finally received what sounded like the last email in the sequence, I opened it. It said they'd be reaching out again in a few months (something to look forward to).

A typical sales sequence, the kind we write for our own clients' ABM campaigns, is 4-5 emails long and, if the prospect doesn’t respond, ends with the ever-popular breakup email, which lets the recipient know that you’ve taken the hint and won’t be reaching out again.

At SIX, we try to take creative approaches to our sales sequences and keep the language very benefits-focused. We also just try to keep them human. Some of the emails in the sequence pitch our client's product/service, some of the emails are just short reminders, and all of them are written in a natural and conversational way like they came from a real human being (because they did) and not a sales-hungry robot.

As for marketing emails, be respectful of your email list and don't bombard them with emails. Tell them upfront when they join your mailing list how often they should expect to hear from you (e.g. weekly, monthly) and stick with that timeline. How often you need to communicate depends on your industry (e-commerce retailers will often send out one a day, and that's to be expected, but if SIX sent you that many, you'd probably unsubscribe). If your audience isn't interested in opening a lot of emails from you, then it's a waste of your company's time and money to create and send a lot of emails.

Other bad marketing and advertising techniques include (but are certainly not limited to):

They're all topics for another day, but long story short: we can all agree they're bad. Don't do them. Someone's first impression of your brand shouldn't be a negative one, and all of these tactics leave very poor first impressions.

How can you make sure your marketing isn't annoying?

If there's one thing that ties together all of the badly-executed tactics in this article, it's that the people who implement them aren't thinking about the people who will receive them. Spammy marketing is associated with computers, robots, and faceless companies, but people want to do business with other people.

One of our core values here at SIX is "be human," and at the end of the day, that's what makes the difference between these tactics being annoying and being effective. Marketers and salespeople who forget this end up coming across as out-of-touch or too "salesy." Those who remember to be human have a better chance of engaging with their audience and connecting with future customers.

To truly engage with your audience, you have to offer them something real. Deliver valuable content and show them how you can bring value to them or their business. Being human and helpful will help you to earn their business by showing them you care about introducing your product or service to the people who can benefit from it the most, and that you aren't just in it to make a sale.

Bring value to your prospects, let them know there's a real human being at the other end of the phone call/message/email, and show them that you truly care about making their lives easier. It's hard to do, but when done right, you can subvert their expectations about annoying marketing tactics and maybe even gain a customer in the process.

Need help getting it right? We've done it for our clients and we'd love to help you as well. While we're a marketing agency, we also specialize in sales training, consulting, and development, which gives us a unique perspective. 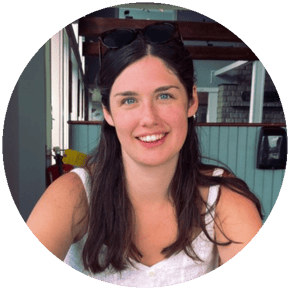 Want to Improve Your Marketing ROI? Start by Asking These 6 Questions

The purpose of marketing is to grow your business, so seeing a return on investment (ROI) from your website, campaigns, and ...
Start Reading
Hope Relly-Cobb Mar 25, 2022 7 min read

11 Industries That Need SEO the Most

Search engine optimization (SEO) is, simply put, a way to make your website work for you. When your pages are optimized ...
Start Reading
Hope Relly-Cobb May 17, 2022 9 min read

Your brand's online reputation contributes to one of the most basic, traditional facets of marketing: word-of-mouth.
Start Reading